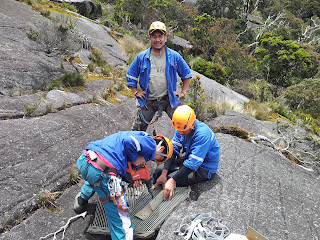 Have just concluded a week long work at Labanrata Mt Kinabalu located 11,000 ft above sea level. this seems to be the highest Renewable Energy projects in Malaysia. we successfully installed PV Panels and upgraded the intake of the Pico Hydro power system that we installed in March which was damaged during recent floods. was great to work with my team, Haji, Ken and James with John from Mt Torq. 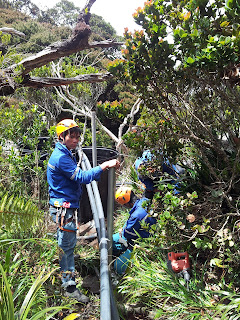 installed GI metal pipes to fasten the poly pipes from the intake to the forebay tanks so that it looks neat and free from air locks. 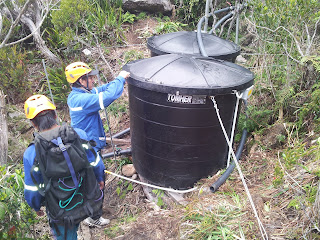 This is the 2 units of 400gal poly-tank that acts as a forebay and reservoir. we need some reservoir to collect water so that the system can work for few hours during dry season. 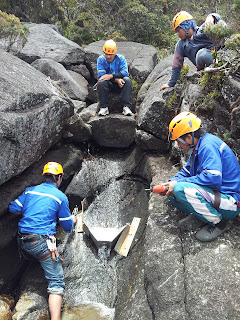 installing one of the two intake scoops. very difficult to work on steep and slippery surfaces.. not to mention the icy cold waters of the stream. we have to do lots of improvised approach to tackle the site conditions 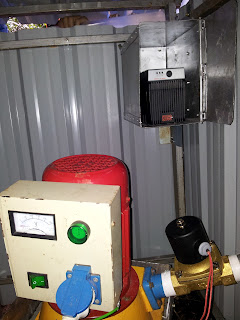 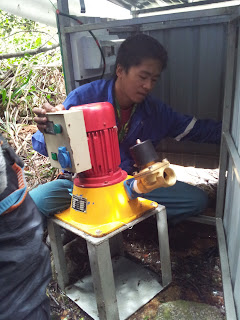 the Pico Hydro unit ready to be installed. we included a solenoid valve that will be activated by a float switch at the forebay tank. the solenoid will shut off when tank is empty and opens again when tanks is full. so the system will work automatically during dry season. 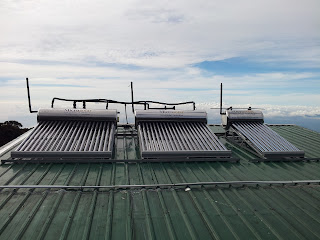 in the previous phase, we installed 3 units of evacuated tube solar water heaters. this 3 units is enough to meet the hot water demand for Pendant hut which has maximum capacity of 60pax. 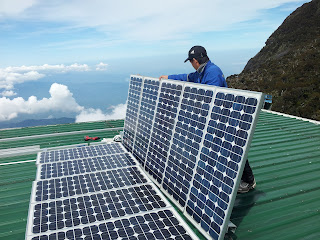 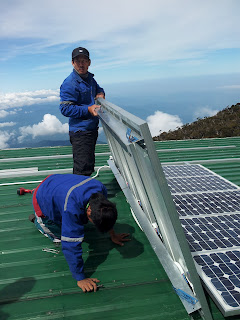 Assembling the panels and installing the Solar PV panels 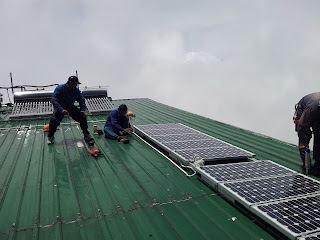 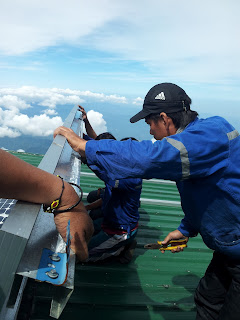 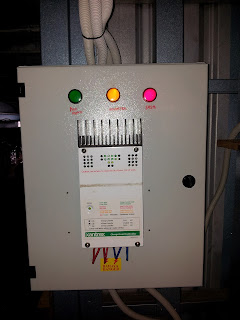 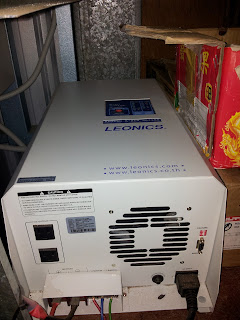 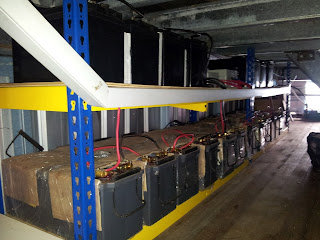